"Urban Homesteading." So sue me.

UPDATE: I had to share this amazing post at The Noodle Book: An Open Letter to the Dervaes'. I looked for an excerpt to quote here, but really none of it stands alone; this entire letter is important to share. I hope the Dervaes family reads it and takes it to heart. 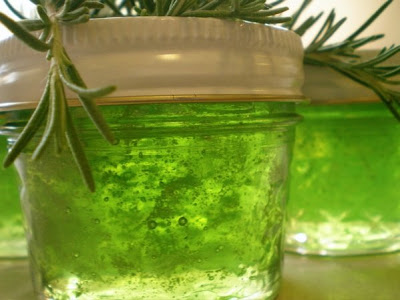 So my urban homestead - in lowercase, natch - is a work in progress. We haven't converted the front lawn into edible landscaping yet, we're still in the middle of fencing and building more raised beds in the back yard, the chicken coop leaks in the rain, and the only crop we harvest in any massive quantity is grapes. But our blueberry bushes are growing, the cherry tree we planted on the day we closed on the house is forming new branches, I'm still canning like a mo'fo' when the season's on, and our chickens have begun to resume egg production after their winter vacation. So I have no problem standing up and acknowledging that I am, again in lower case, an urban homesteader.

So what's all this about? Well, a controversy broke yesterday when it was revealed that the Dervaes family of Pasadena has trademarked the term "urban homesteading" (along with six other related terms). The family patriarch, Jules Dervaes, is apparently under the impression that he coined the term in 2001, despite its appearance in news media as early as 1981. There's a decent overview of the furor here at the LA Weekly's website if you haven't heard about it yet.

I had a measure of respect for the Dervaes family before this. They have several websites and blogs dedicated to the urban homesteading movement, and their own little urban farm in Pasadena is truly a model worth emulating. They're off the grid and completely self-sustaining, and while I find their writing to be more self-aggrandizing than educational, they do have a right to be proud. But trademarking a term that they did not invent - a term which has come to represent a global movement - and going after bloggers and educators with cease-and-desist letters... well, that's a tactic more worthy of Monsanto than anyone else.

Urban homesteaders are understandably pissed, though most of us are handling it with good humor. A Facebook group called Take Back Urban Home-steading(s) popped up less than 48 hours ago and has 1,756 followers as I write this, with more fans joining by the hour. Petitions and email lists have already spread to thousands of homesteaders around the world, mostly in response to Facebook responding to the Dervaes' cease-and-desist by deleting nearly every group relating to the subject.

What makes it even worse is the Dervaes response to this outcry. Rather than apologize and retreat, as anyone would if their true goal was increased participation in sustainable urban farming, the Dervaes family has instead watered the Drama Llama with a whining, comment-disabled blog post attempting to justify their actions. Apparently they believe they are rescuing urban homesteaders from corporate co-opting of the term. But, as several have wondered, what exactly are they rescuing us from if they're acting just like a corporate lawyer would?

One thing I do find interesting is that this controversy seems to have stirred up a lot of interest in an excellent book, The Urban Homestead: Your Guide to Self-Sufficient Living in the Heart of the City, by Kelly Coyne and Erik Knutsen (funnily enough, not by Jules Dervaes). Coyne and Knutzen are also in Los Angeles - actually in Los Angeles, not Pasadena - and their blog Root Simple is a hugely informative and educational look at homesteading as young urbanites tend to practice it.

I've owned the book for a couple of years now and would recommend it to anyone with an interest in the subject; it's seriously got everything, from chicken-keeping and composting to greywater recycling and lasagna-gardening. I've seen more references to this book in the past 24 hours than in all the years I've owned it. So if any good is to come of this tsimmes, it'll raise awareness of the urban homesteading movement and the excellent literature out there that has promoted it since long before Jules Dervaes became our self-appointed priest and publicist.

Here's hoping this blows over soon and we can all go back to prepping our raised beds for spring.